Get off the beaten track with our customized tours of Indonesia.

We specialise in tailor made tours to remote parts of the Indonesian archipelago. Explore the seas, mountains, rain forests; know the people and fascinating cultures of this amazing archipelago as colourful as it is vast. Explore our tour suggestions below and e-mail us to create Your trip

trips to discover different universes from yours

Cruising Indonesia develops tailor-made trips for customers. The preparation of the program takes place in coordination with the customer, who can thus express their requests and see them fulfilled. Nothing like packages that are all the same, often banal and perhaps even more expensive in the end.

Indonesia is a young country, with little history, but with an infinite ethnic and cultural variety. Each island is different from the other in population, type of houses, ceremonies, traditions. A country with 7 official religions, whose population still practices rites of animist origin in many cases, in syncretism with the official religion adopted.

The travel opportunities offered by Indonesia are endless. Located astride the equator between Asia and Australia, Indonesia measures 5,000 km from west to east, and over 2,000 km from north to south. An archipelago of 17,500 islands and atolls, of which more than 6,000 are uninhabited; 2 million km2 of mountains, jungles and 6 seas, which cover more than 3 million km2 and 80 thousand km of coasts. Deep blue waters and hundreds of still unexplored coral reefs are home to the largest biodiversity on the planet - 17% of the corals in the world are found here -. 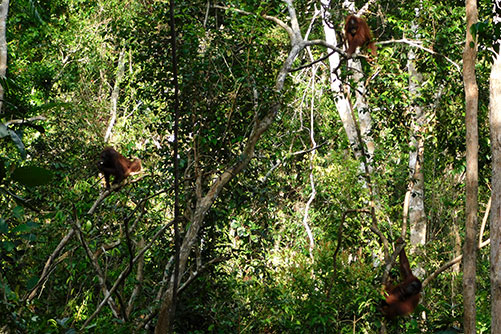 Indonesia brings together an impressive number of ethnic groups and, consequently, a unique multicultural heritage. The mountainous morphology of the country, as well as the fact that it is mainly composed of islands, has favored isolation giving rise to ethnic groups with their own traditions and an extraordinary diversity of languages ​​and cultures throughout the archipelago, over 400 ethnic groups that still they live in respect of ancestral traditions, remote islands where the locals have never seen a tourist and welcome you with curiosity and kindness. In some areas of the country you have the distinct feeling of being on the edge of the world and time. Unique and fascinating cultures such as in Bali, where religious ceremonies are the fulcrum of social life, and where the population expresses all its elegance and creativity, or the fascinating world of the Toraja of Sulawesi, famous for their sumptuous funerals, for which families squander fortunes by sacrificing hundreds of buffaloes. On the island of Sumba once a year the most vigorous young people of the various tribes challenge each other in a bloody battle on horseback with spears and shields, while the populations of Flores, Alor, the Baliem Valley, Asmat and Korowai still follow rituals ancestral animists. One could continue indefinitely in listing still unknown places.

RESERVE AN EXPEDITION IN INDONESIA

In terms of landscape, Indonesia offers the greatest variety of scenarios; islands of the size of large countries, for example Sumatra is larger than Spain, West Papua is twice the United Kingdom, Borneo is the third largest island in the world; mountains that exceed 3,000 meters, up to the highest peak in the country that reaches 4,800 meters, perfect volcanic cones that emerge solitary from the sea, and a myriad of small and very small islands, atolls, rocks, scattered in the immensity of the sea. Thousands of deserted beaches of fine white sand fringed with palm trees, turquoise lagoons...

A trip to Indonesia never disappoints! The great temples of Borobudur and Prambanan in Java. Beaches, fantastic dives, unknown cultures, explorations and trekking for the more adventurous, and for those who love comfort, the country has hotels and resorts, absolutely among the most elegant and luxurious in the world. In Bali, in particular, the best value for money has no comparison. Hotels, spas, luxury villas, restaurants and sparkling nightlife can be the grand finale of a truly unforgettable trip!

Raja Ampat, only a few years ago, one of the hidden jewels of the archipelago, is becoming a world tourism icon and Komodo, a World Heritage Site with its varanus, lizards that came to us directly from the Jurassic period and discovered by science only at the end from the thirties of the last century are two examples of the beauty of this country.

How many of these jewels are still to be discovered in the largest archipelago in the world? You just have to leave to be the first to get there.

good trip and a good discovery

The best tours in Indonesia can be found here: