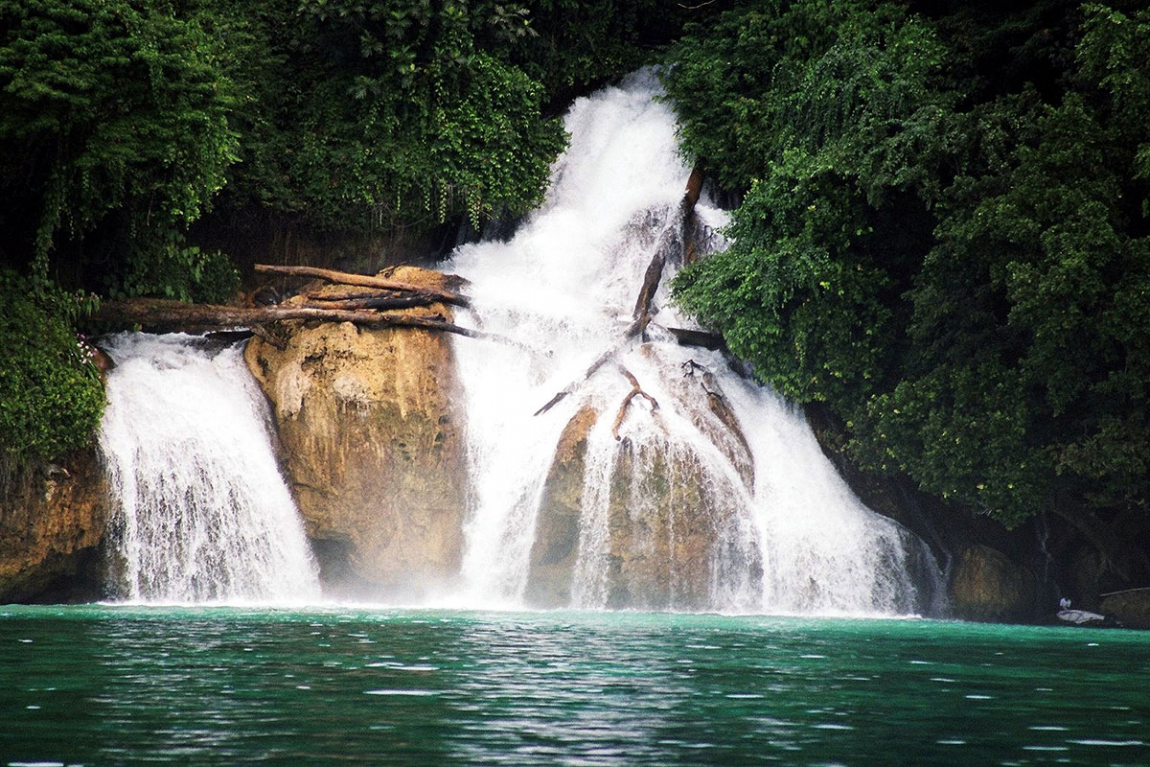 Triton Bay is a stunning and unspoilt underwater environment, combined with one of the most singular and scenic landscape, what makes this area of West Papua a truly spectacular dive location. 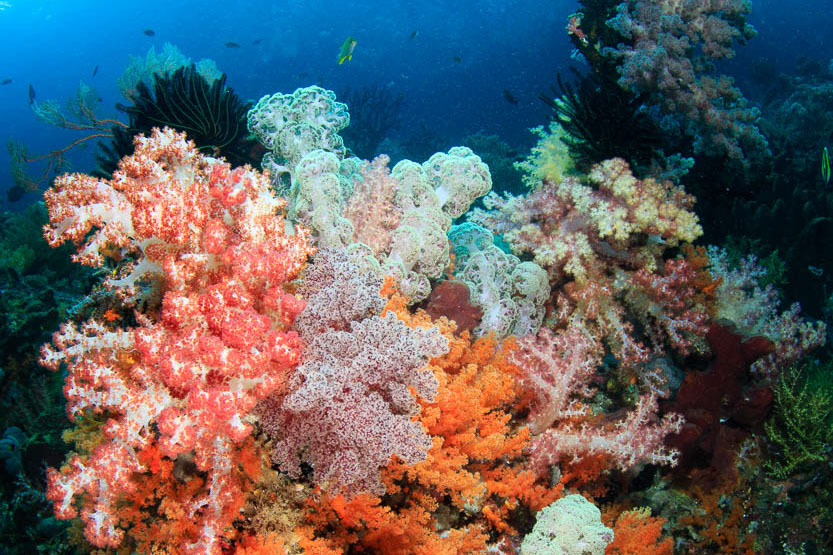 Located in the Kaimana province, Triton Bay is mind blowing in terms of marine biodiversity for an area of its size. Echoing the need for biodiversity conservation of coastal zone, the Indonesian authorities established 597,747 hectare Kaimana Marine Protected Area in November 2008.

At this time, scientists keep breaking world records for the number of species found here, because Triton Bay and the close region of Fak Fak are still relatively unexplored and we expect discover new dive sites during our cruises to this region of West Papua. 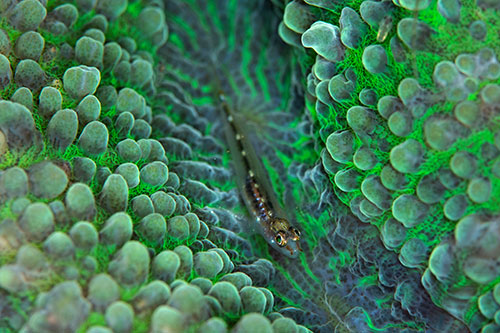 The visibility here is generally quite poor due to the incredibly nutrient-rich water, which means that it has tremendous soft coral growth and lots of schooling fish. Extraordinary numbers of hard corals, mollusks and reef fishes can be found in this area, as well as its predators groupers, napoleons, barracudas and jack fish.

Biodiversity surveys conducted in Triton Bay by Conservation International have identified up 335 species of coral reef fish. Among them were a small Epaulette shark that 'walks' on its fins and the amazing Wobbegong shark, endemic of West Papua. This discovery has turned Triton Bay into one of the most valuable dive sites in the world.

As we travel from Palau Aiduma to Palau Pisang we will have an opportunity to visit one of the signature features of the Fak Fak coastline. Just north of Momon Bay, flanked by lush mountain slopes, the spectacular waterfall flowing down from the hilly rainforest straight into the sea is a breathtaking view, with lagoons where swim in and have the possibility of a refreshing waterfall-shower. 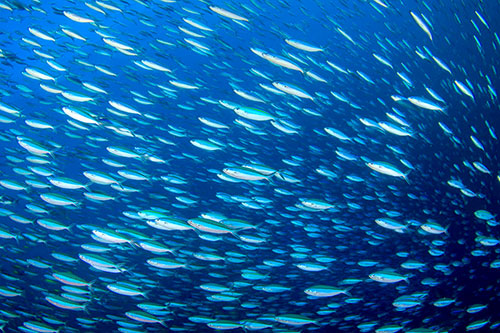 The area around Aiduma Island is home to some of the most unspoiled diving left on earth. Dense black coral gardens, lush soft corals in all colors of the rainbow and multi-hued sponges including vase, tube, barrel and more abound. Among these a staggering variety of bony fishes and invertebrates frolic in the nutrient-rich water. Flights of cownose rays appear seasonally. Grouper, batfish, damselfish and morays swim with fusilier, surgeonfish and scorpionfish. Clouds of batfish swirl. Every kind of pigmy seahorse, nudibranchs, several species of ghost pipefish, frogfish and more hide out on the bottom.

The large boulders that lie around Saurenus, some as shallow as ten feet of water, are literally covered completely by wildly varying shades of soft corals. Colorful crinoids cling to any available surface, fighting for space with sea fans and cup-corals. This is the most amazing and overwhelming coral-fish environment ever encountered underwater. We can regularly find critters: devil scorpionfish, wunderpus, frogfish, leaf fish, ornate ghost pipefish.

In places like Batu Cave and Little Komodo giant groupers are hiding under the rocks. In Little Komodo and 7th Heaven everything can be experienced. If Komodo is a sum up of diving in Indonesia, Little Komodo has it all in just one dive.

Whales sharks is other of main attraction of diving in Triton Bay.

Diving season: Best period from October to April. During the rest of the year the wind can make navigation difficult. Rainy season: From December to March, but being subequatorial area, there is no real dry season, the rains occur all year round in the form of rain showers. Water temperature: 27-30°C. Visibility: Can be as low with averages about 5m with a maximum of 10-20m due the incredibly nutrient-rich water. Depths: 5 - >40m. Currents: Moderate. Surface conditions: Calm. Diver level experience: All levels. Dive sites: Known, at the present >20. Length of stay: On a liveaboard, a 11-16 day itinerary is recommended, during a trip to with either a Raja Ampat or Banda sea dive cruise. In resort, 7-10 days at Triton Bay Divers Resort, the only existing structure.

HOW TO GET TO TRITON BAY

Airport: Kaimana. But it will depend on the itinerary of your liveaboard. Other departure and arrival ports of these cruises are: Sorong, Ambon, Saumlaki. In all cases, the towns where the ports of embarkation and disembarkation are located are connected with domestic flights from Jakarta or Bali, which can be reached with international flights. Weather: 27-35°C. Subequatorial zone with punctual showers of rain or thunderstorms in the afternoon or evening, and sunny days and blue skies. Time zone: West Papua GMT +9.

Cruises in Triton Bay depart or arrive in some cases from other regions of Indonesia, combining two very coveted destinations in a single trip. These are dream trips that couple Triton Bay with Banda Sea or Raja Ampat. Here the next departures to Triton Bay: 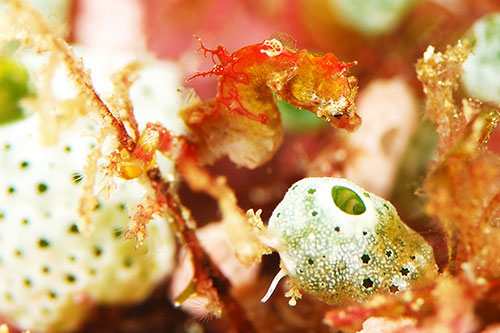 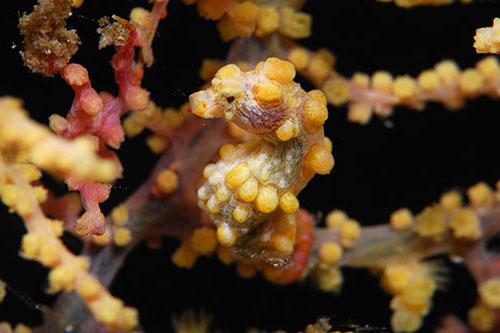 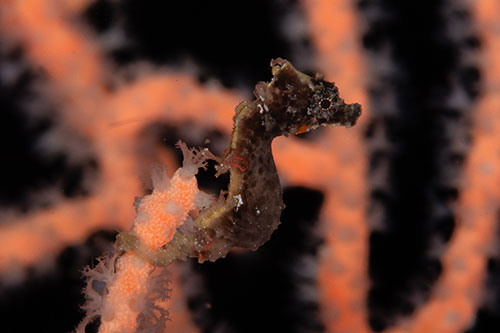 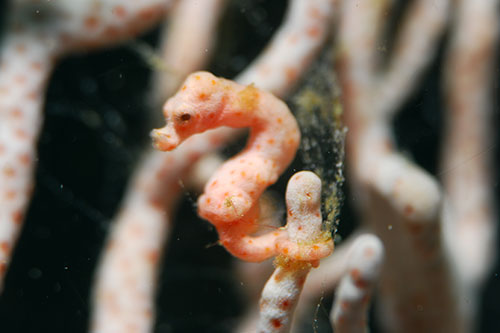 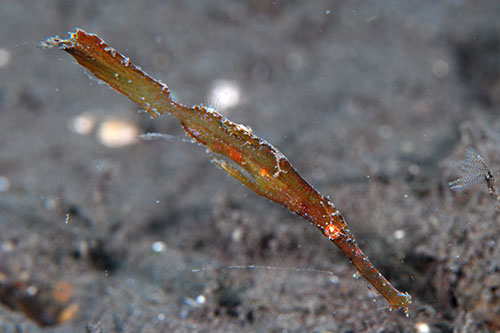 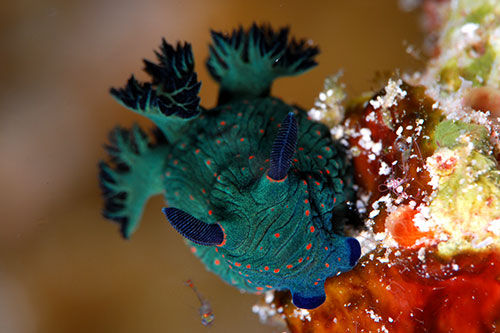 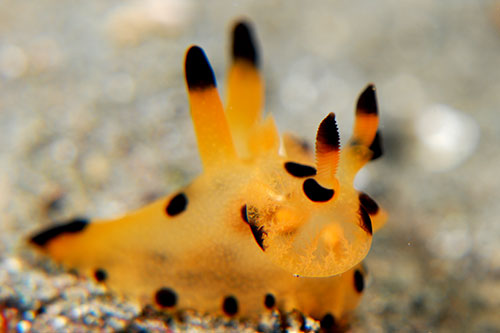